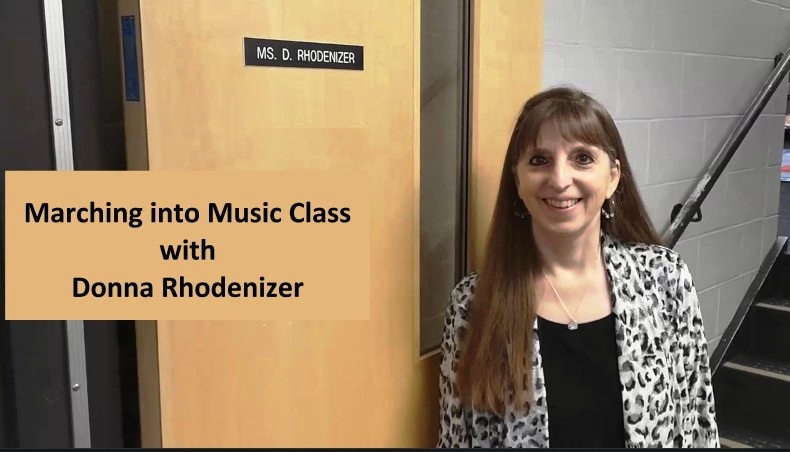 Young preschool and elementary-aged students love to respond to the infectious beat of a march. Here is a collection of songs and activities that will get your students marching into March or having musical fun all year long!

- Sugggested Links (some famous marches selected for you!) 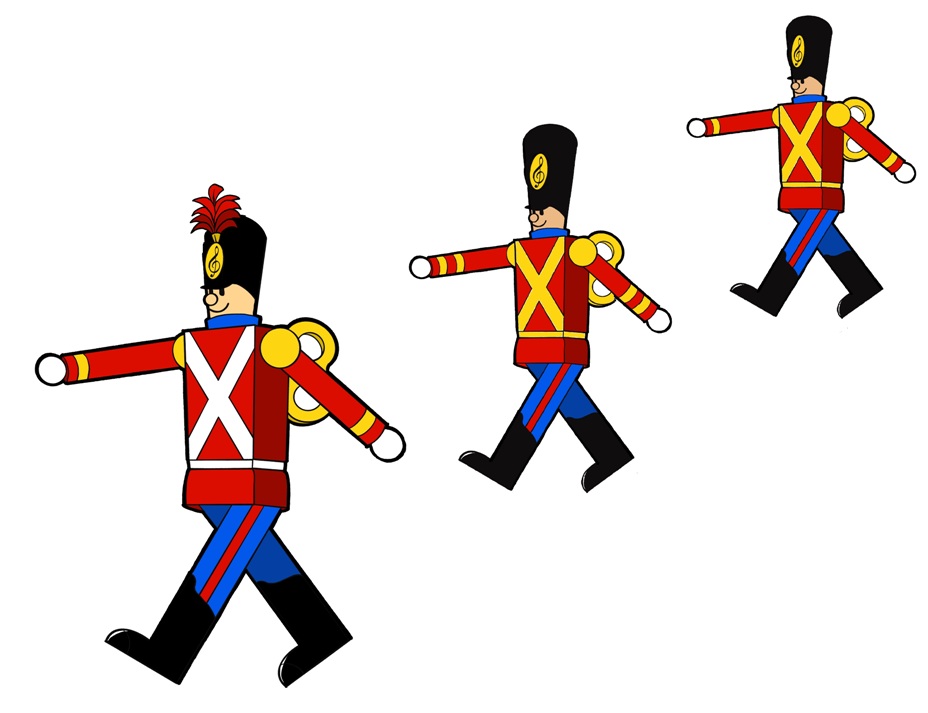 Get the pdf and audio tracks here.

Give them a reason to Listen!

Marches are a great style of music to motivate students to move and respond. When planning student activities "Giving them a reason to listen" helps teachers create engaging lessons. Many types of music can be used for “entering music” when the students are coming into the music classroom or music studio. They begin listening from the first step into the music teaching space. It is a great way to create focus: they can move to the music, helping with physical warmups and directing the energy. Marches are a fantastic style choice for entering music. The infectious beat of the march seems to elicit a response from even the youngest of students. It is a happy and engaged way to begin a music class.

Simple marches provide many learning opportunities for your students

Preschoolers and elementary-aged students in music classrooms and vocal studios will enjoy responding to the beat of a lively march. There are also opportunities to use simple marches to present and develop other music elements:

- Marching and changing between loud and soft

- Moving and responding with the phrases of the song

- Using facial expressions that change with each phrase

Marches are great for presenting and practicing loud and soft. I lead the students in a circle as we march to the music. I say, “Loud!” and then start to stamp my feet (still with the beat). Students need almost no encouragement to happily follow suit. After a few beats I will over dramatically say, “Sh!” with a large gesture (to assist with a visual cue) and students march quietly. With lots of loud/soft switches, students love to feel the beat of the march and they can internalize loud and soft at the same time.

To add variety to your loud and soft marching options, introduce other movements such as “tight rope walking,” swimming (front crawl works best), jumping, etc. There are samples of these in the video Marching into Music Class “September March.”

Keeping the beat while remaining seated/in a spot

For classrooms where movement is restricted, students may keep the march beat by “patsching” (hands on the thighs) or using a variety of motions that keep the beat. I particularly like to do actions that are physical, but with no sound. “Silent beat keeping” can include tapping the shoulders, hot potato (one fist on top of the other), sticking out your tongue (how awesome is that?!) winking, bending the knees with hands on the hips, tapping a toe, waddling, nodding yes or no, etc.

Adding facial gestures to the music is also great fun. This is one of my favourites! Coordinate the facial expressions with the phrases of the song, switching what you are doing every 4 or 8 beats. Whatever I am doing the students imitate: smiling, frowning, sleepy, grumpy, afraid, surprised, etc. This is a great way for the students to practice facial expressions in a fun environment and creates experience upon which you can draw later when asking students to sing expressively.

Join me as I demonstrate activities I use with “September March” in my music classroom.

Marches are written in 2/4, 4/4 and 6/8 (which still feels like 2 beats with each beat subdivided into 3). They will all have a bit of a different feel. When you are looking for a march,  ♩ = 120 (or ♩. = 120)  will feel very natural (it is 2 beats per second). Lots of aerobic movement songs are set at this tempo! Before you present music and marching activities to your elementary-aged students, I recommend that you try marching as you listen to the song and see how it feels to you. If it doesn’t feel ‘good’ to you, go on to another tune. There are LOTS from which to choose.

When I am not creating my own marches, I have a few favourites that I like to use:

The Liberty Bell  (performed by “The President’s Own” U.S. Marine Band)

Semper Fidelis  (performed by “The President’s Own” U.S. Marine Band)

Note: Both “The Liberty Bell” and “Semper Fidelis” videos begin with some historical background, which may be interesting for students in upper elementary grades. The march starts at 45 seconds.

Stars and Stripes Forever - Overall, I find this march a bit fast, but it is possibly the most familiar Sousa march, so I have included it here for reference. If you are listening only, go to YouTube to find a solid version. The two versions with links included below are good for viewing purposes.

Stars and Stripes Forever  (performed by Luther College Concert Band, with Joan deAlbuquerque, conductor) This band of college-age students is not quite as “polished” as a military band, but it is nice for students to see younger people playing in a band. Three piccolo players come to the front of stage for their solo part and the brass players assemble at the front of the stage for a feature as well.

Stars and Stripes Forever  (performed by Dallas Winds, directed by Jeff Gershman) Just for fun, this version features three piccolo players during the main part of the piece. The piece appears to end but then the band begins to play again and when the piccolo solo part arrives, 94 piccolo players stand up and play along!

Pipe and Drum bands  are also fantastic for stepping to the beat (Note: Marching Pipe and Drum bands seem to be consistently slower than 120 beats per minute so it feels and looks more like ‘purposeful’ walking than marching, although some pipe tunes can be a quicker pace). I like to search for piping tunes that in the range of ♩ = 96 so there is no confusion re: whether the corresponding movement should be marching or moving using a deliberate walking step.

Three Bagpipe Tunes  for “marching” and/or watching are:

Kelly, The Wearing of the Green  (performed by Brian Boru Irish Pipe Band)

Extend the marching theme into other music class activities by singing songs that mention marching or that are set in a march style. 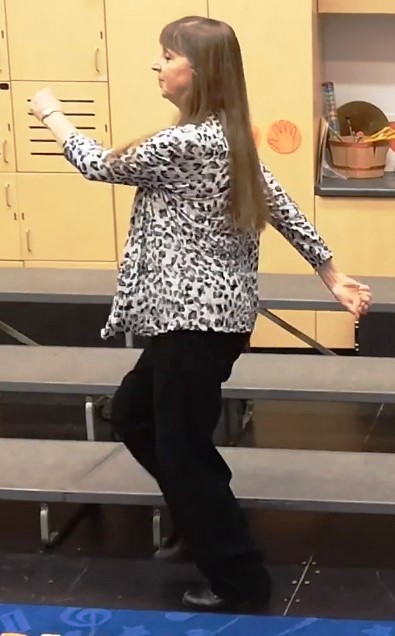 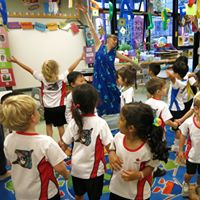 Donna Rhodenizer has over 35 years of experience as an elementary music classroom specialist. Her passion for music is shared with the students who enthusiastically join her for music exploration and education in their elementary music classes. Thousands of children have enjoyed singing, marching, playing recorders and handbells, presenting legendary concerts for delighted audiences and becoming informed musicians with Donna’s classroom activities. Former students are eager to greet her in the grocery store to ask, “Do you remember me?” (which she often does thanks to writing their names repeatedly on report cards over the years!) Donna loves sharing new marches with her students and has made it known that the Pipe and drum bands are her favourite part of a parade.

Send us your questions using this form - Thanks!