Some people LOVE snow and some people DO NOT! “It’s Snowing” is a 3-song set that allows singers to choose their favourite point of view when it comes to snow, “Oh yes!” or “Oh no!” and a third option for singers with “mixed feelings.” The cabaret-style setting is fun to sing no matter what the weather is doing!

“It’s Snowing (Oh yes!)” is written in a major key with the lyrics extolling the virtues of going outside to play. With only a few lyric tweaks and a switch to a minor key, the “Oh no!” version depicts despair at the continued precipitation. “Mixed feelings” starts out in the major key and ends up in the minor key, reflecting the optimism with which we begin the winter season and the shoveling fatigue that eventually sets in.

"Oh Yes!"  is set in a major key and suitable for singer of all ages.

"Oh No!" is set in a minor key and accessible for older students. 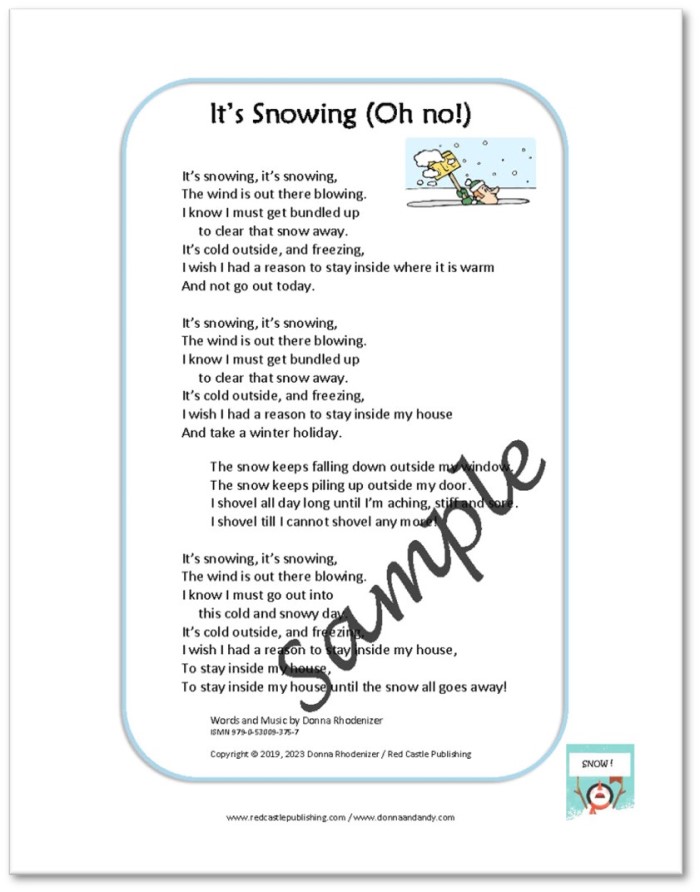 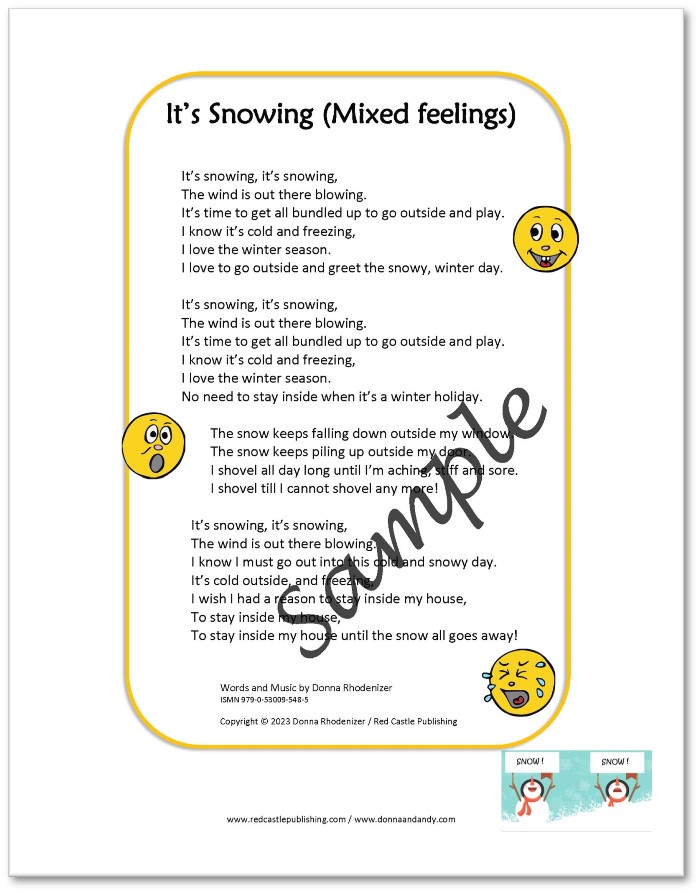 I have not ever been a fan of snow storms. I don’t like driving in snowy conditions and I really dislike being cold. Snow seems to include both of these things, so it isn’t on my list of favourite things. However, kids love snow and I decided to write a jaunty little tune from their happy perspective. Where I might see the cold weather and snowy conditions as not so great, those who like snow are not bothered by these things at all and they are ready to have a great time in all winter weather.

I had completed my snow song and the music was sitting on my piano when my sister stopped by my house for a visit. She is a fine pianist, and she sat down at the piano and started playing my song. She does not like snow (even less than I do), so after playing only a few bars she stopped. She suggested that a song about snow would not be a happy song in a major key. She then began playing my song again, changing it as necessary to put it firmly into a minor key. It was a great sound and a great idea, and one that I couldn’t pass up! I kept my original song intact, but then changed the lyrics in only a few places and created the accompaniment in a minor key. This became a two-song set, “It’s Snowing (Oh yes!) and It’s Snowing (Oh no!).

I love the deep, full sound of the minor chords. Minor keys are often deemed “sad” but there is a richness to the minor tonality that has a special feeling all its own. The minor key allowed a bit of whining about the snow, while providing a contrasting “colour” to the happy, “yes” version.

I was singing bits and pieces of It’s Snowing and just for fun,  I started switching back and forth between the major and minor tonalities. I decided I needed to write one more variation. I started out in the major key, happy with the arrival of snow. This is very typical of how I feel at the beginning of winter. It is exciting to see the first snowflakes when they appear. The fluffy white flakes are so pretty and make the world look completely different after the starkness of leafless trees, and gardens that have been cut back and left dormant for the winter. However, after the third or fourth snow storm, the enjoyment of snow begins to wear thin. I grow weary of repeatedly shoveling the driveway and steps, and scraping ice and snow off vehicles every time I want to go somewhere. After starting out with a happy-to-see-snow attitude, the song switches over to the minor key and finishes with the sentiment that snow is welcome to take a holiday – we have had enough!

I think I have now completed all the versions of “It’s Snowing” that I am going to write, but as a composer, I have learned to “never say never”. I am writing this anecdote in January and we have only had one skiff of snow so far this season. I am still able to sing the happy version of “It’s Snowing” but I will leave the “Oh no!” version close by. I am sure I will be ready to sing it before the winter is over.

You can also download It's Snowing (Oh Yes! / Oh No!) at Full Voice Music

You are invited to send us your performance of It's Snowing.

Maybe your video will be featured here on this page. 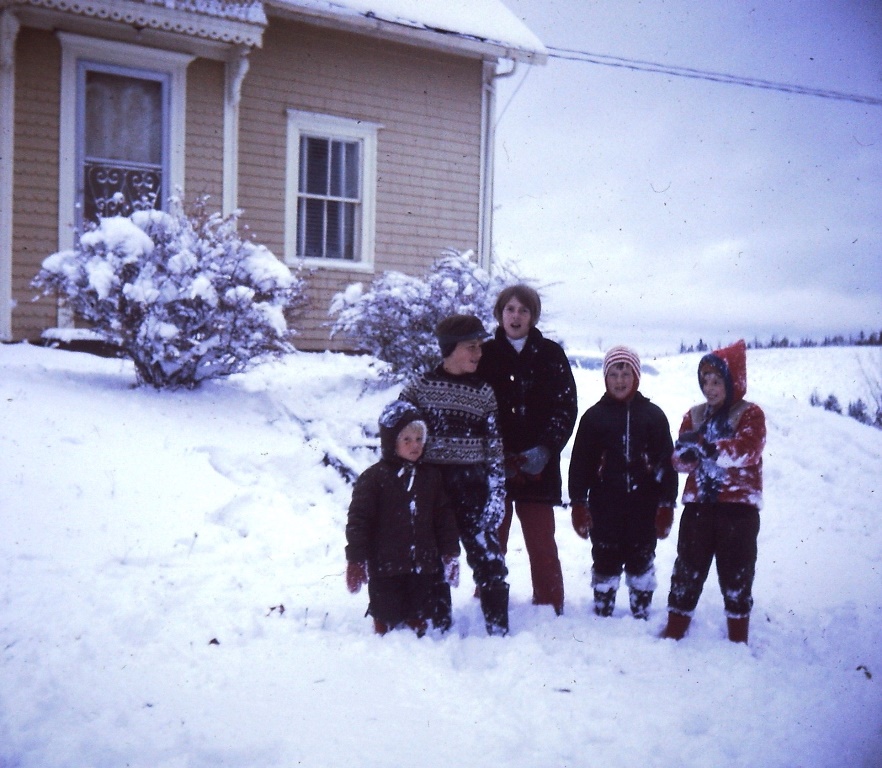 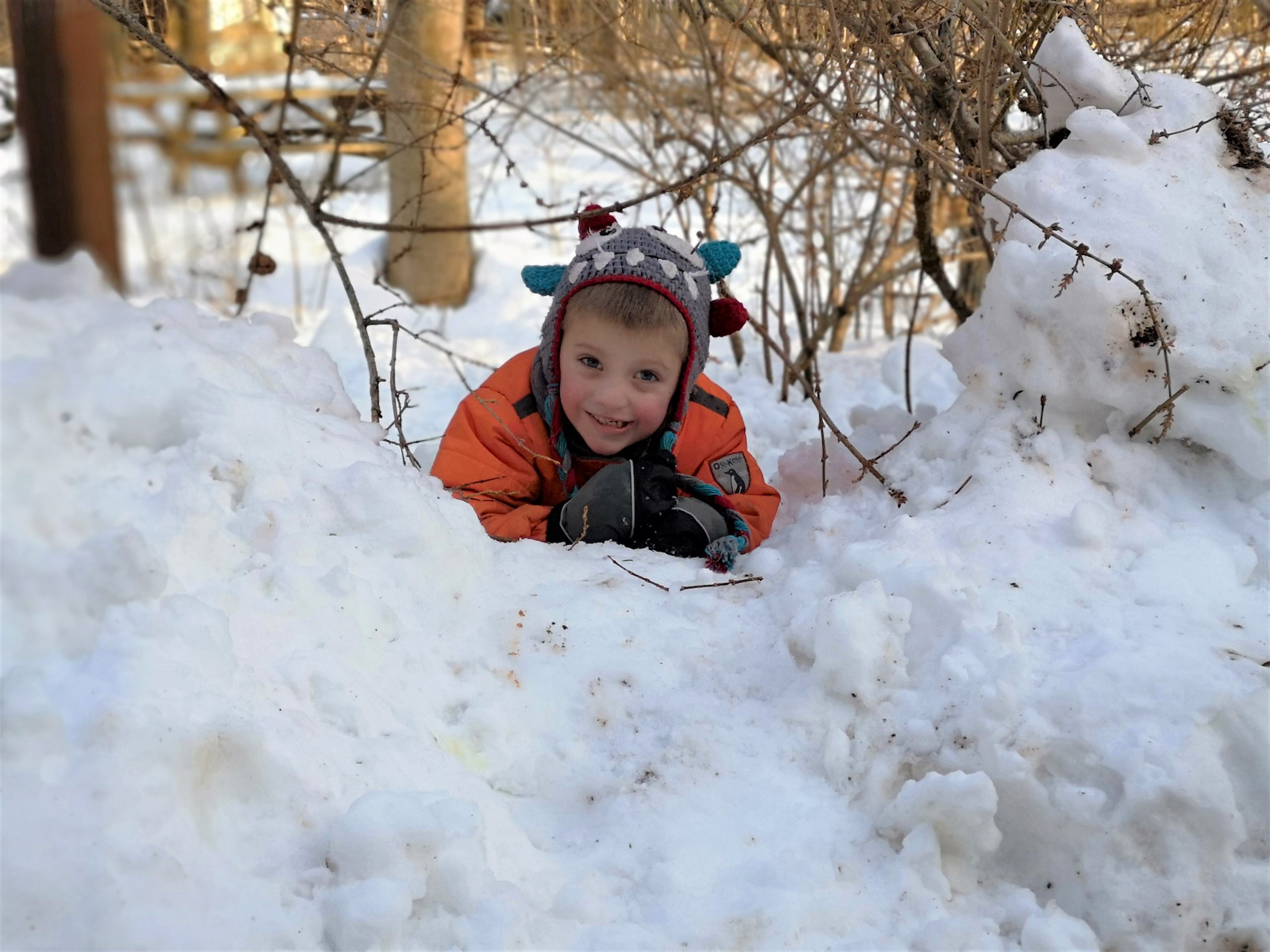 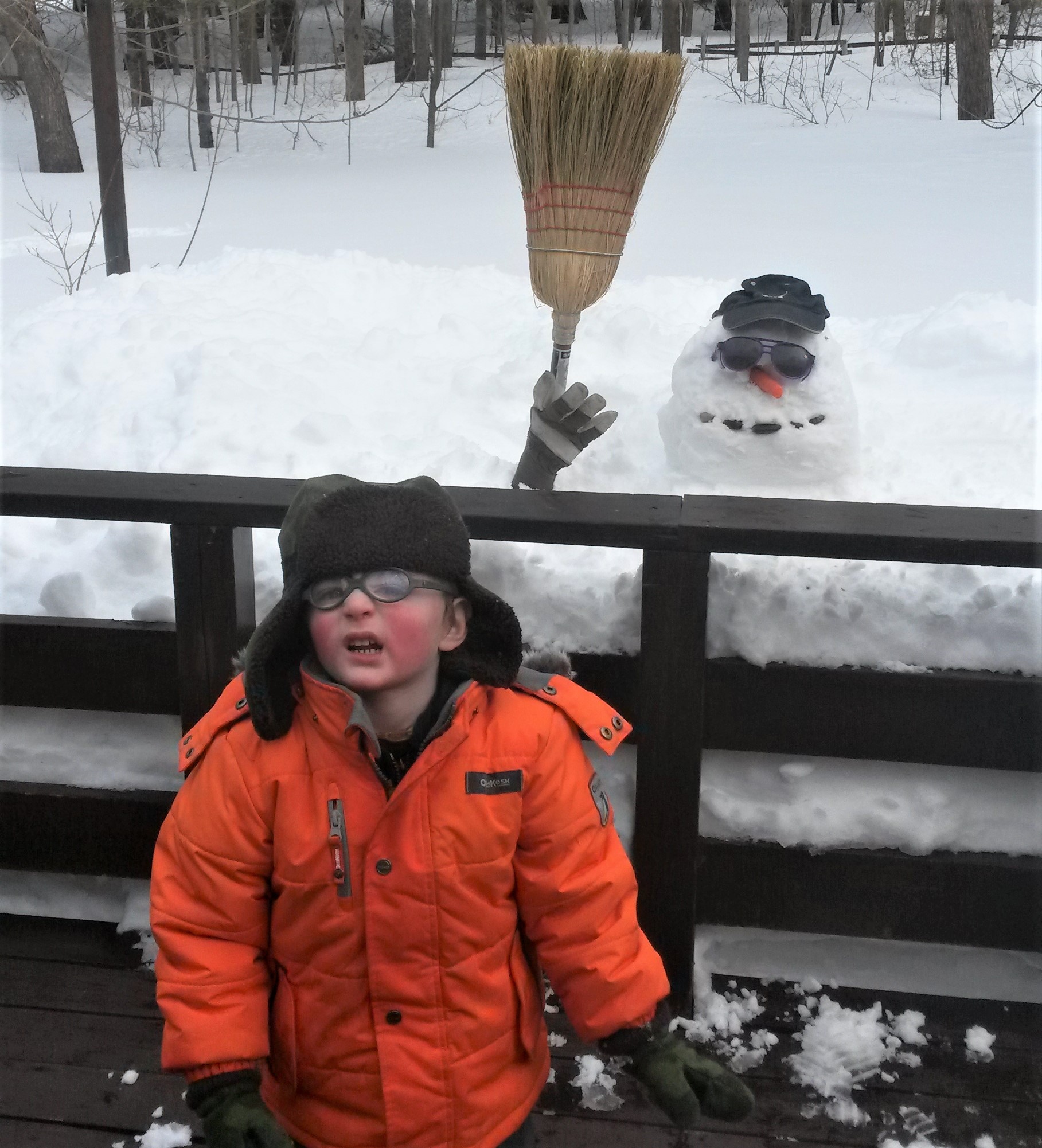 Related Products - Ages 10 and under 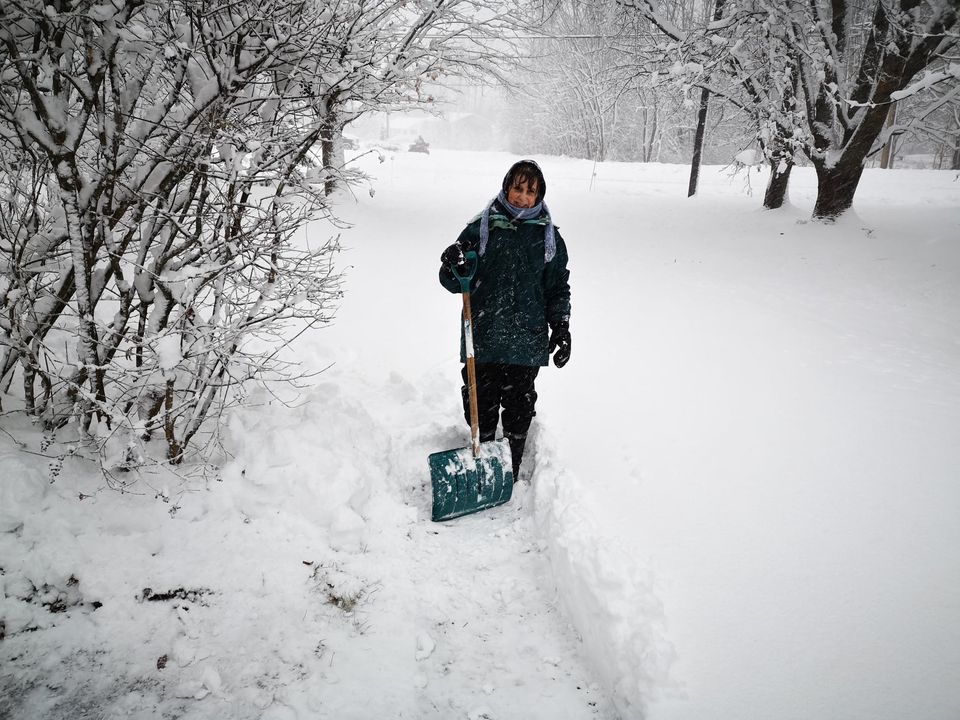 Donna “digs deep” in her imagination to write happy songs about snowy weather. Sitting next to a lovely fire and watching a good snowstorm through the window is her favourite way to enjoy a snowy day! Donna puts her imagination to good use as she writes songs that delight young singers (and their teachers!) with her clever lyrics and catchy melodies. She has been writing music for choral singers since she was in high school, with a major focus on writing songs for young singers which developed over her 37 years as an elementary music education specialist. Her music is sung around the world in music festivals, elementary schools, private vocal studios, and community choirs.