The compliant giant is part of a village where cooperation, acceptance of differences and compromises create a happy community. It is a gentle life lesson.

Young singers enjoy demonstrating their best giant imitation as they sing “Fee Fie Foe Fum” in a descending “la-so-fa-mi” melodic line. With many interjections of this repeated line, the song is a good length without requiring a lot of word memorization. Three key changes (one for each verse) help stretch the vocal range, although the song still remains within an octave. Dramatic flair, dynamic contrasts and expressive singing bring this song to life.

Download the lyrics and enjoy following along with the song. 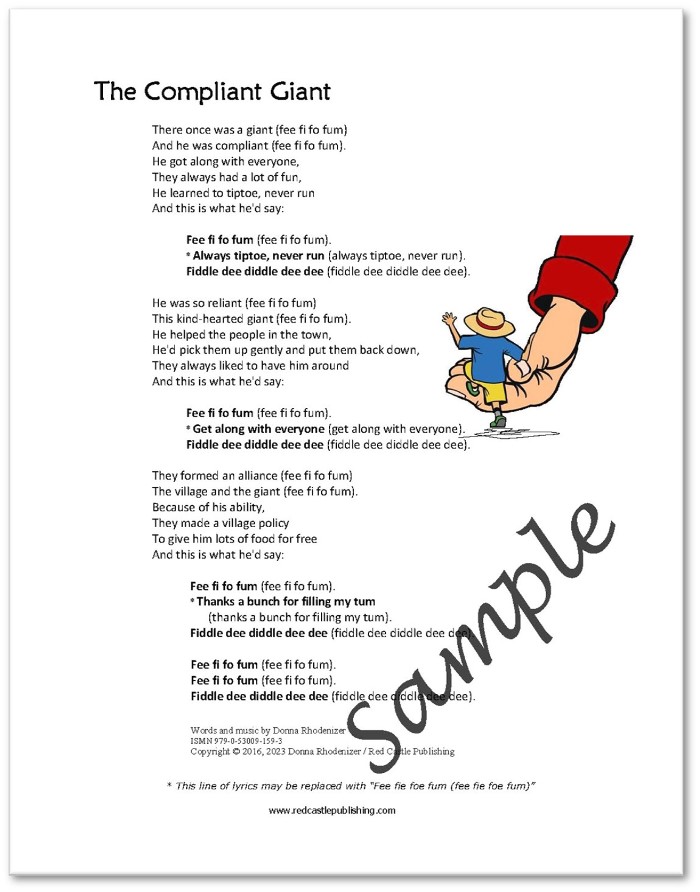 Download, print and have fun colouring this page while you listen to the song The Compliant Giant. Enjoy 35 more colouring pages when you get a "Top of the Class" Donna & Andy Membership.

should be louder and when it should be softer.

- Locate and discuss the staccato and accent markings. These symbols indicate that

specific notes should be sung short/detached or stronger with an accent.

- Use dynamics to create interest when singing repeated lines in the song.

- If singing in unison, all students will need to be able to sing stronger and then softer

to create the dynamic contrast.

- Choose a giant "soloist" to add a dramatic, spoken "fee fie foe fum" at the conclusion

- Speak the lyrics before singing them, working on clear diction and expressive

You can ask anybody, “Who says, “Fee, fie, fo, fum?” and pretty much every time the answer will be “a giant”. I am not sure who decided that this was true, but it seems to be so. I have some lovely memories of “The Friendly Giant” a Canadian children’s program that aired in the 1960s. This gentle giant often held music parties in his castle where his farm animal friends would join him to play recorder, guitar and harp selections. He also read books and chatted with his friends, Rusty the rooster and Jerome the giraffe. I don’t recall that he ever said “fee fie fo fum”, but I was very young and I might have missed that part. I do know that spending time at the castle with “The Friendly Giant” was a magical 20-minutes of television, every weekday morning during my pre-school years. It was probably appreciated just as much (or more!) by frazzled parents as it was by us children. However, I digress.

Giants are often depicted as something to fear, but my experience was that giants can be friendly and loved by their friends and neighbours. I love rhyming words and playing with word combinations and a compliant giant sounded like a great idea for a song. What did the giant do that gained him the reputation of being compliant? He would have to get along with everyone. Maybe he could be helpful. What could he do? What would I want to do with a giant if I had one in my neighborhood? My giant would be careful, making sure to tiptoe (NEVER running) when moving around the village so he didn’t accidently step on anyone. Maybe he could pick people up and give them rides, or just help them get from point A to point  B quickly. But wait, what would a giant eat? Maybe there could be benefits to both sides if the giant helped the people and the people made sure the giant had lots to eat.  Now there was a story just waiting to be told, and of course, I had to include “Fee fie foe fum” in the lyrics!

I had a school choir at the time and I decided to write “Compliant Giant” for them. I included an echo (giving twice as many opportunities to sing the fun “fee fie fo fum” lyrics) and I wrote this phrase as a descending minor line with a marching feel to the melody. When I first introduced it in a music class, I had a group of boys who were very interested in singing “like a giant.”  I let the students know it would be one of the songs the school choir would be singing in a concert. My giant was compliant and he was also a teeny bit complicit in my overall plan to introduce my students to the love of singing in a choir.  The lively interest in the song resulted in many students signing up for choir that term. The choir loved singing about my compliant giant and even hesitant singers got caught up in the fun and joined in. Once they discovered how much fun it was to sing in a choir, they were hooked. I always try to include one “giant” kind of song in my choir repertoire and it always helps young singers make the decision to take part. A giant step for them on the path to life-long music making.

Be the first to review “The Compliant Giant” Cancel reply 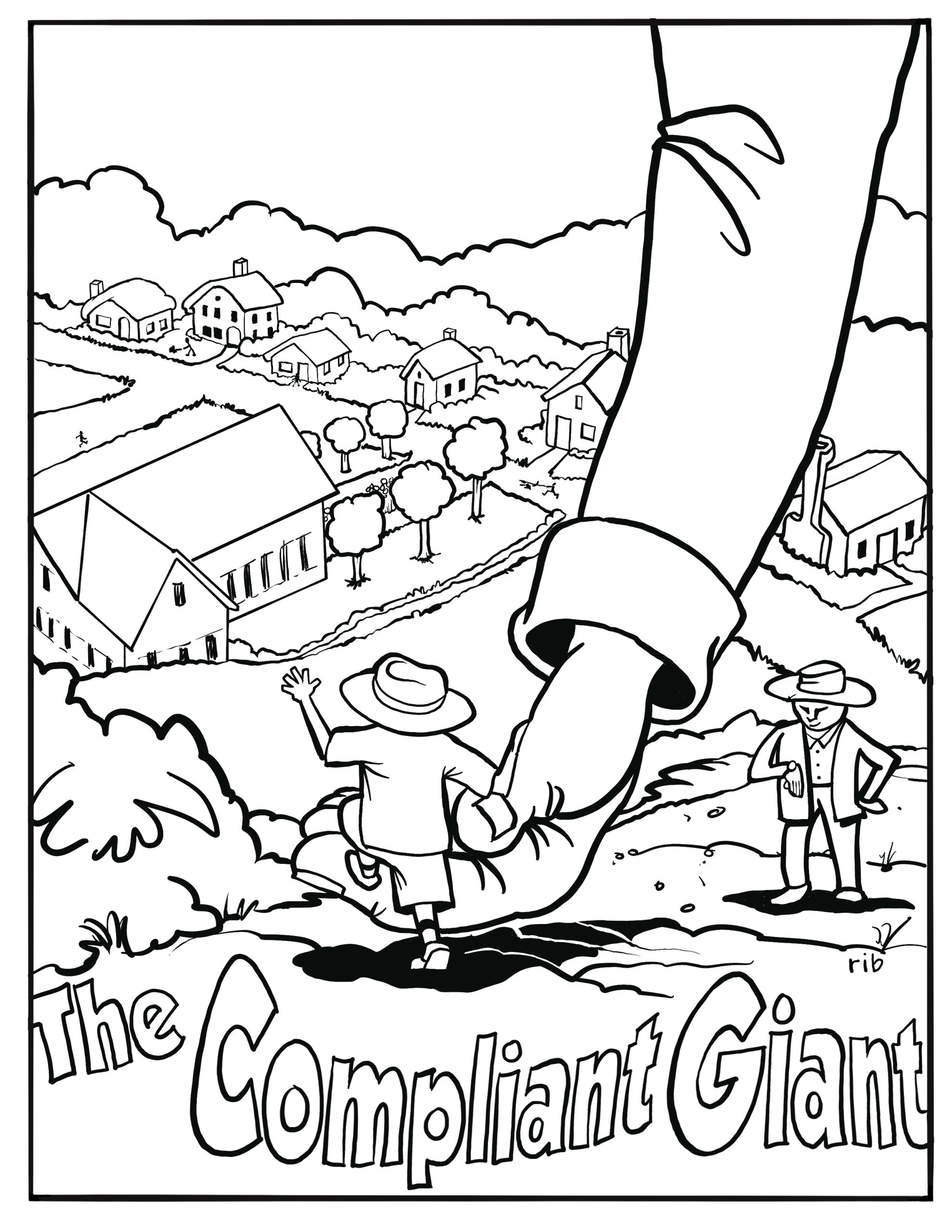